Home / First flight at Talgarth for a while

My first flight at Talgarth for a while on Sunday, so decided to go with Mike Codd in Kilo 13 – second launch of the day and it proved quite good conditions. 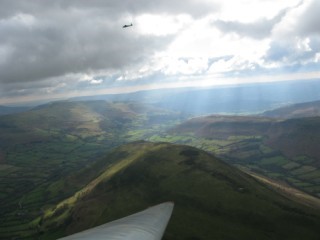 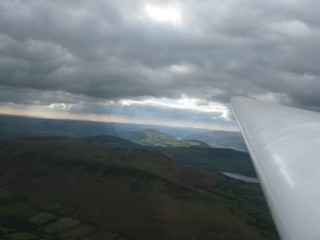 A lot of cloud but strong lift where the thermals were forming. At briefing a good wave profile had been identified, but there was no evidence in the cloud shapes locally, nor in the lift found. After Dave had launched in the K6 we saw him circling up and joined him – we are able to confirm that it was indeed a solid 8kt climb, not bad for February…! Myndd Troed also working in ridge lift.
A very nice flight to get back into Talgarth currency.