Home / The return of the Wave Wizard:

Ivor Shattock takes to the skies again at Talgarth

On 27 August Ivor Shattock returned to the Club and had a flight in a Club K13. It was his first visit since 2002.

Ivor is a flying legend in the Welsh hills and mountains, flying first at Mynydd Mayo, then Usk and later at Talgarth. He was the pioneer of all the flying we now take for granted, being the first to fly the ridge routes around Monmouth, and into the Black Mountains, the Brecon Beacons and beyond in a glider. He was a very skilled wave, ridge and cross country pilot. He showed us all the way. Many members will have a copy of his books “Talgarth – Playground in the Sky” and “Soaring at Usk”.

Ivor started flying in the ATC in the 1940s and learned to glide on a Primary after the war. He retired from gliding in 2002. 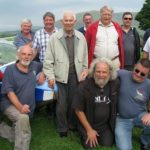 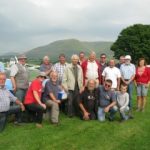 All the old dudes…. 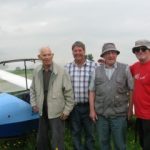 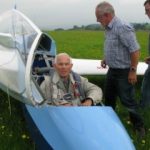 After landing on the SE run 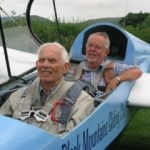 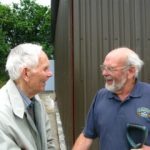 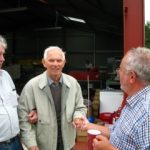 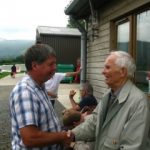