Ever since I missed out on a hang gliding expedition up Snowdon (Yr Wyddfa) in 1977 I’ve wanted to
fly from or around this mountain.

I missed out on the expedition because a couple of months earlier I’d broken my leg in a number of
places whilst attempting a top landing on Hay Bluff. I was flying a standard ”Rogallo” hang glider
which was one of the earliest type with a 90º nose angle, lots of billow and a glide angle that
wouldn’t reach the bottom car park from the top but it could soar in a 15mph+ wind.
Unfortunately during my 23 years of hang gliding I never managed to fly Snowdon. However, in
2002 I decided to give gliding a go and joined Usk GC where eventually I was sent solo by Dave
Jefferies. I soon joined BMGC as the mountains were calling and so my ambition to fly to Snowdon
was re-ignited 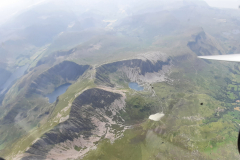 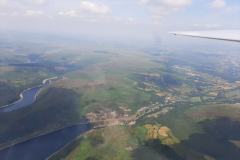 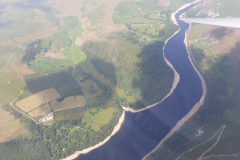 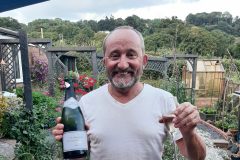 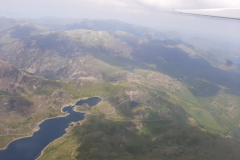 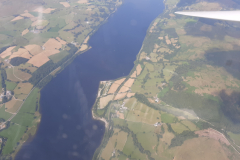 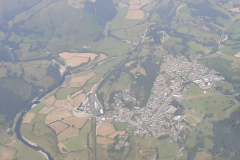 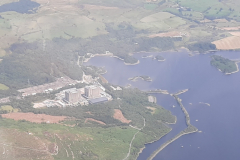 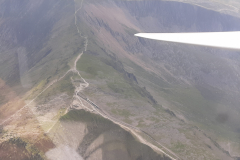 So on to the flight report. Most of the flight would be over terrain that is both high and pretty
hostile in places with few, if any, suitable landing areas. However, I’d worked out that for a 15m
glider without a “get out of jail” engine the conditions most likely to provide the opportunity would
have to include a light easterly wind and a high cloud-base.

A light easterly would help in keeping the sea air from encroaching too far inland whilst at the same
time offering the best conditions for a good sea breeze convergence to set up. A light wind would
also virtually eliminate one of the main dangers of flying in high mountains – lee side turbulence.
A high cloudbase was essential for flying over the remote and craggy terrain as it would enable a
glide out to the coastal region where there are more suitable landing fields but only if the decision to
abort was made early enough.

So the day arrived with a forecast of very light easterly winds, a cloud-base of around 6000ft and
convergences setting up close to the coast. Dave H and me discussed strategies and Dave’s
preferred route was to go west to Llandovery and try and pick up the sea breeze convergence there
and then follow it up the coast.

I was concerned that this extra detour would eat up valuable time given that the straight line O/R
distance was 270km so I opted for the direct approach straight north.

We had tried the Llandovery route a few months previously with Chris Short and whilst we did get to
the Cadair Idris area by conventional thermalling we didn’t connect with any meaningful
convergence. Eventually that attempt was thwarted by a lot of cloud further north and we all
returned home.

The start of the flight was relatively late as we waited for the heat to build up sufficiently to trigger
off the reliable cu’s but nevertheless were both on underway by around 1.30pm.

My route went straight over Builth Wells and then NW into the Cambrian Mountains over the Elan
Valley reservoirs where a fantastic line of convergence existed. Further towards the coast another
line of cloud existed which I’m assuming was the sea breeze convergence.

Continuing straight through the middle of the Cambrian Mountains, over Plynlimnon, then just West
of Machynlleth and onto Cadair Idris (Penygader) and Wales 2 nd highest mountain at 2930ft. At this
point I still had about 45km to run to Snowdon.

Here I topped out at 6400ft amsl and here I also made my first big mistake. It may have been a bit of
overconfidence or maybe I just took my eye off the ball due to the exhilaration of the whole thing.
The views were just magnificent, sea, sand, estuaries, open moorland, craggy mountains and deep,
deep valleys that I tried to avert my eyes from– it had it all.

As I scanned the sky to my right and inland I could see the convergence line had made a detour in a
big arc to the east as the sea air had pushed in a lot further than down the coast. I was now in dead
sinking sea air gliding past Trawsfynydd , and the old nuclear power plant, and now making a bee
line for Blaenau Ffestiniog in an attempt at reconnecting with the convergence.

However, by the time I arrived I was down to about 3000ft amsl which doesn’t sound that low but
with all the ground around you supersized and crucially only 2200ft above the town in an area totally
devoid of any landing fields I was feeling a bit vulnerable.

Directly over the slate quarries and the tourist zip wire attraction the thermals were very broken. I
was keeping an eye firmly on my altimeter because if I dropped any lower I would have to abort and
glide out to the Porthmadog estuary some 12km away where some suitable landing fields existed.
Thankfully the scrappy lift started to pull itself together and I climbed back up to a safe height of
5500ft amsl. Just one valley to cross and I’d be into the Eryri mountain range(Snowdonia) and
Snowdon itself. It was quite a spectacular entry and as I rounded the mountain top at 5000ft
quickly taking a few snaps.

However, I didn’t hang around long because the cloud above was getting blacker and blacker so I
put the bar down, oops sorry old hang glider speak for putting on the speed, and hot tailed it under
a black line of cloud running south. At one point I was doing 100kts with full negative flap and still
going up! And then it started raining!

It wasn’t long before I left behind this over developing system and headed back via a more inland
route as the convergence that I’d used on the way up appeared to have deteriorated. Also I think I’d
used up all my nervous energy getting to Snowdon and now I was looking for an easier way home.
My route went back over Blaenau Ffestiniog, but at a much more comfortable height, west of Llyn
Tegid (Bala Lake) and over Llyn Efynwy (Vyrnwy). From this point I had a big blue gap to cross of
about 30km all the way to Newtown where I arrived to be greeted by some very uncooperative
thermals, small, broken and bitty. Anyway the job was almost done so I stuck in there and
eventually got to a safe altitude and cruised home via the Radnor Forest landing in the late
afternoon.

Undertaking and completing any gliding task is one of the greatest feelings there is but when you
add the achievement of something that I’ve wanted to do for so long it is hard to describe the
feeling. I could throw up all the usual superlatives but I think the best way to describe it is one of
deep satisfaction at a job well done.